Why We Need To Redefine Stewardship

An ancient parable tells the story of three servants who received varying amounts of money from their master, who asked them to manage his funds while he was away on a trip.

The first servant received the largest sum of money to manage, and invested it, receiving excellent returns. The second servant was put in charge of a large amount of money, too, though a smaller sum than the first, and doubled it. The third servant was tasked with managing the smallest sum of money. Afraid of losing the money, and being accused of acting as a poor steward, he essentially buried his sum in his backyard.

Needless to say, when the master returned, he commended the first two managers. But he took the second one out to the proverbial woodshed.

All kinds of recent surveys and data underscore the idea that these parties are looking to the CFOs to become an organization’s change agent.

At Vantage, our chief value is stewardship. But for a long time, we’ve believed that word needs to be redefined in peoples’ minds. It’s often seen as a stodgy, old-fashioned word.

But stewardship isn’t about just managing a company’s finances. It’s about setting up a company for growth. As Management Today colorfully suggests, it’s about transitioning “from bean counter to strategic thinkers.”

Stewardship isn’t merely about playing it safe. It’s not only about risk management. And it’s not only about the day-to-day of accounting and treasury and cost-cutting. It’s about growing and playing offense with your fiduciary duty. It’s about having a more strategic view of procurement.

It’s about seeing your role as a CFO as Chief Growth Officer.

Want to find out how to be your company’s Chief Growth Officer: Contact us. 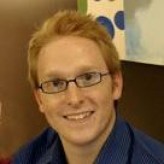