What A Music Conductor Knows About Leadership: Hugh Ballou

In my recent article on Cooperative Capitalism I promised more information from CEO Space faculty co-lead Hugh Ballou, who directs that effort together with multi-award winning author and expert on integrity in business Dr. David Gruder. The two coach, train and provide keynote addresses and learning experiences for corporations, both individually and jointly.

Of particular interest to me was seeing the way Ballou’s years of background as a music conductor have contributed to the skills he presents to leaders of organizations of all sizes including the world’s largest musical efforts, church organizations and even Fortune 1000 CEOs.

Says Ballou: “In 40 years of music ministry I conducted my work with my back to the audience.” Now, in his leadership training, he is addressing the challenges corporate leaders face head on.

Ballou defines a leader as one of three things:

Sometimes the influence is autocratic and negative. In other cases it’s based on inspiration, through trusted relationships (which is the path he selects and promotes).

Have you ever watched a musical conductor at work? It’s leadership in motion. There is never an instant of indecision or a moment of doubt. The musical conductor is always in control. This may sound and seem like a dictatorship, but it is not, Ballou says. Nor is it a democracy, as a single person directs the will of others and the artistic vision that will shape the result.

On a corporate team, the leader articulates a vision through carefully crafted goals and empowers and directs key players in their role to the outcome and success.

In either case, the leader inspires the maximum result by inspiring and empowering the team of participants. If the leader is open and straightforward, the team will engage and do their best to succeed. But if the leader is ill-prepared, guarded and uncommunicative…the result is subpar (or perhaps a disaster).

Each player is highly skilled, and each person contributes the best of their unique talent. Together, the team creates a result that far surpasses what any individual could produce on their own. If the leader tells an expert oboe player how to play oboe – by the next season that player will likely be gone. But if he or she can bring out the greatest creativity and enthusiasm in the player, magic ensues. 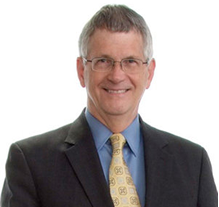 From a musical conductor we can observe the following, Ballou says:

Conductors and leaders inspire the highest possible performance from the groups that they lead. They are alert to circumstances and make adjustments and changes needed as the program progresses to ensure an optimal result. According to Ballou, corporate leaders can do much to sharpen their skills and understanding of ideal leadership by attending a symphony performance and observing the nuances and non-verbal signals that separate the merely good and acceptable from inspiring and unforgettable.

From Music Conductor to Meeting Conductor

One of the great problems Ballou notes that leaders seem to universally face is that they want to blame others for the problems they helped to create. Perhaps they are unclear about specifics or time frames and fail to provide mentoring.  Sometimes as leaders we confuse mentoring with micromanaging, Ballou says. When leaders fall short, he suggests they turn around once again, to take a close look in the mirror.

As Ballou teaches leaders he often uses his orchestra experience as an analogy:

“In audiences and in facilitations it’s been interesting to note that 65-75% of those who attend have had some musical experience, and the rest have generally observed a conductor,” Ballou says. “So when I create the analogy, I hear ‘Ah’.”

“I particularly enjoy working with startup entrepreneurs,” says Ballou. “In these cases, companies can create a ‘ground up’ culture of high performance.”

That culture is vital, he notes, in that the U.S. currently suffers from an estimated 70% disengaged employees, according to research numbers from Gallup. It is an epidemic that costs organizations millions of lost hours and billions in lost revenue, particularly when we consider the vast hours leaders spend undoing conflict, much of which they’ve inadvertently (or occasionally even purposely) set up as a misguided ploy to show strength.

Relationships, trust, and a sense of ensemble are vital for optimal companies and teams, Ballou says.

“I love the concept of Jazz ensembles as an analogy,” he says. “It’s the most creative musical form we have in America. But it is not at all haphazard. In a group you have a chord structure, a rhythm, and there are rules of the road to dictate behavior such as if you don’t have a solo, you don’t play loud.”

“Yet we have leaders declaring, ‘I don’t want to be held back by a plan’. With a good structure, you have the room to be creative. Leaders tell me ‘I don’t have time to write down my goals.’ So do you have time to redo your projects, I ask?”

Ballou calls his program Transformational Leadership. To find additional resources or to visit with Ballou directly, readers can visit his blog atwww.transformationalstrategist.com or his personal website atwww.synervision.us.