One day this month, the first Tuesday of November, brought plenty of news for students of decision-making to ponder. There were big election results in the US:  new mayors in New York and Boston, one governor newly elected in Virginia and another re-elected in New Jersey.  Meanwhile, in business, BlackBerry’s CEO stood down as an offer to rescue the ailing company fell through, while a high-profile investor, Bill Ackman, posted strong returns even as one of his most notable investments — taking a short position on the nutrient supplier Herbalife — garnered controversy.

At the heart of all these events were decisions made by people. One day’s news serves to show how much decisions can vary — and how different some of them are from the sorts of decisions so often studied in laboratory research.

As I discuss in more depth in an article in the current issue of HBR, much of what we know about decision making comes from neatly devised experiments, where subjects make choices between clearly identified alternatives. Would you pick the 12-month subscription for $24.95, or the 24-month subscription for $39.95? That’s a fine way to capture the dynamics of consumer choice, where shoppers respond to the options placed before them. We also know a lot about the way people make judgments under uncertainty, like predicting the movement of a stock price or the performance of their favorite football team.   For these and many other judgments and choices, we know that people make common errors.  The lesson, by now repeated over and over, is to beware of common biases and to avoid them.  Nothing good comes from wishful thinking.

That’s fine for many ordinary examples of choice and judgment, but it falls far short of grasping the nature of so many consequential decisions, whether in business or politics.

Let’s come back to the examples above. If you’re casting a vote for governor or mayor, you’re making a choice much like a shopper selecting this or that item.  You pick from the options on the ballot, but — other than a casting a write-in vote — can’t change the options on the ballot.  Just as important, you can do no more to improve the quality of the candidate you select than you can change what’s inside the box you put in your shopping cart. You hope Bill de Blasio will be a good mayor, but if you’re one of the one million New Yorkers who cast a ballot, you can’t do much to influence his performance in office.

For the newly elected mayor, the reality is different. The decisions he will make in office are not simply about things he cannot influence.  The nature of political leadership is about getting things done. As the late Richard Neustadt, Harvard professor and expert on the presidency, once advised: The power of the presidency is the power to persuade.   No political leader, not even the president, can lead by decree or executive fiat. It’s imperative to mobilize others to get things done, and that calls for effective persuasion.   In turn, persuasion depends on projecting confidence and inspiring others. An entirely objective and sober assessment is insufficient.  It’s also crucial to infuse others with optimism, and even to hold beliefs that may seem somewhat unrealistic – but which if believed can be brought to fruition.

What then, is the distinctive decision making skill of the successful politician?  It’s the ability to recognize how decisions vary and to respond appropriately to each. When it comes to making assessments about things we cannot change, like economic trends or an approaching storm, this means taking a dispassionate view. When it comes to running a successful campaign, it means incisively appraising rivals, staking out positions that will be attractive, warding off rivals.  And perhaps most importantly, when it comes to leading others, it means charting a course that infuses confidence and inspires supporters to achieve desired ends.

As for the business examples noted at the outset?  The decisions they make, too, are considerably more complex than the simple choices so often studied in decision research. As CEO of BlackBerry, Thorsten Heins did not merely need to choose a viable strategy based on an accurate, unbiased appraisal of BlackBerry prospects. For his decision to turn out to be the “right” one, he had to inspire others to make that potential materialize. Decisions by his predecessors about product features and software standards had led to a deterioration of US market share from 50 percent to just 3 percent in four years. The performance of any decision by Heins depended on his ability to reassure customers about the viability of his product, by now far behind rivals like Apple and Samsung, and to boost investor confidence for the future. Alas for Heins, it proved to be too great a task.

A different kind of decision faces Bill Ackman, a Harvard Business School graduate of 1992 and lead investor of Pershing Square Capital Management. Most investment decisions involve taking positions in assets — whether equities or bonds — that we cannot directly influence. That’s the nature of portfolio investment.  Ackman’s fund, on the other hand, is an activist investor that seeks to influence the management of companies in which it invests. Often these are long positions, where Ackman bets that underperforming assets can be more efficiently managed, perhaps through seats on the board and influence over management.  At times, Ackman’s fund takes short positions, where he may not have direct influence on the company but through public pronouncements raises questions that may lead the share price downward — indirect influence but a powerful force nonetheless. Either way, the essence is to influence outcomes, not merely make decisions akin to consumer choice or buying a share on the open market.

Decisions run the gamut from discrete judgments and choices where the emphasis is on accuracy and objectivity, to instances where we can and must exercise control over outcomes. Research has taught us a great deal about many kinds of decisions, but we should be careful not to apply the lessons elsewhere without appreciating the differences. In particular, we should recognize that, for a newly elected mayor, or the chief executive of a troubled firm, or an activist investor, the task is to shape outcomes, often by shaping perceptions and mobilizing others. And in such cases, effective decisions involve much more than the exercise of dispassionate judgment. 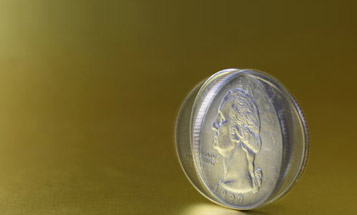 When CFOs Talk About Big Data, It’s Often Just Talk
How to Choose the Right Protégé