Ten Essential Tips for Hiring Your Next CEO

Selecting a new chief executive is critical because so much rides on a positive outcome.  Is this the right person to lead the company in this particular business, at this particular time?  Will he or she collaborate with the board, or fight it?  Is there a process in place for cultivating, identifying, and appointing not just this CEO, but the one after that?  From directors, executives, and specialists whom we have witnessed, worked with, and interviewed, and from our own search and consulting experience, we draw ten principles for executives and directors to guide the executive-succession process.

1. Remember that people set strategy.  American baseball legend Yogi Berra warned, “If you don’t know where you’re going, you might not get there.” Berra was famous for his “Yogi-isms,” but this one contained an essential truth: inchoate strategies and ineffectual leadership generally go hand in hand.  Conversely, directors and executives who know where the company should be going will be best equipped to guide it there.

2. Implement an evaluation methodology.  Use an evaluation system that links the company’s strategic requirements with the prospects’ individual capacities and performance, with the latter focusing on their integrity and ethics, team building, execution excellence, shareholder return, and personal gravitas—and ability to work in the boardroom.

3. Include in the current CEO’s evaluation an assessment of how well the company is building a succession plan for the next generation of company leaders.  When we asked the chief human resources officers at a number of major companies whether they had a coherent system in place to evaluate and compensate the CEO’s succession performance, most reported that their firm had none.  And even those who did said that the reward system was still too weak to effectively guide the CEO’s actions.  Do this now.

4. Place the board leader in charge.   By tackling the job in partnership with a still-effective chief executive, the board leader can help root the process deeply in the company’s management development, preventing succession from becoming an event-driven crisis.  It is also helpful to consider both short-term disaster scenarios—are one or two lieutenants ready now to replace the chief executive if an accident or illness suddenly disabled the top executive?— and long-term outcomes—will a handful of executives be ready candidates to replace the CEO after a planned exit five years in the future?

6. Seek candid comparative data on inside CEO candidates from those who had worked with all of them.  GlaxoSmithKline’s 450-degree assessment, which confidentially vetted the views of all company executives who had worked with the three final candidates, is a useful illustration of this data-seeking process.  Administered by either a trusted insider or a third party, the 450 yields comparative data on finalists, all of whom are obviously very strong leaders in their own right.  Using such data sometimes yields surprising results.  At GSK, the dark horse emerged as the best choice by a wide margin once the additional comparative data was compiled.

7. Make direct contact with both sources and candidates to verify information.  Even when engaging a third party, boards cannot fully hand off the vetting process.  Directors will want to personally check on referencing.  A few trusted sources can yield far more useful data than a large number of less certain sources.  In the absence of a trusted relationship, references can sometimes reveal limited inside information and even false information.  As an example, one source claimed that a top candidate was an alcoholic, but when further vetting with more trusted sources confirmed no such behavior, the company chose the falsely accused candidate as its chief executive.

8. Review outside consultants carefully to prevent conflicts of interest.  Intentionally or not, executive search consultants hired to help with a CEO search can sometimes offer an overly affirmative view of a candidate they have sourced or an overly skeptical view of one they have  not had a hand in finding.  In one instance, a board’s external search led directors to identify an executive at a Fortune 100 company who was ready to accept the job.  As a final step in the process, the board retained an outside consultant to make one last evaluation of the candidate that the board had identified.  The consultant, however, reported a serious defect in the candidate and urged against the executive’s appointment.  When the board then turned to one of us, we found no evidence of the alleged shortcoming and recommended the executive’s appointment.  We also found reason to believe that the first consultant had hoped for a new CEO search assignment if the candidate he opposed was rejected.  The company finally went with its initial preference, and the new chief executive performed exceptionally well over the next five years.

9. Maintain confidentiality.  We have seen stellar CEO candidates drop out of consideration when their identity is inadvertently revealed, especially if they are serving as a chief executive elsewhere.  Journalists inevitably circle during a high-profile external search, and communicating orally and avoiding media contact can help preserve confidentially.  One way to prevent a damaging revelation is to ask outside references for guidance on a candidate not for a CEO position but rather for a board seat.  Now that boards increasingly partner to lead the enterprise, not just monitor management, many of the same leadership qualities that make for an effective director also make an effective chief executive. Thus, board-seat evaluations can provide a veiled but useful appraisal of CEO-related competencies.

10. Embed succession planning in corporate culture.  Creating a culture entails many steps, including performance incentives for executives to build the system, a development capability that repeatedly reaches large numbers of managers, coaching and mentoring by both directors and executives, and an openness to both inside and outside candidates.  Above all, it requires an active partnering between the directors and the chief executive to preemptively ensure that their pipeline is full and its occupants are developing in the upward direction.

When determining suitability to be CEO, companies will want to remind themselves of an obvious premise:  No candidate is perfect.  The goal is to understand the relative trade-offs among the candidates’ strengths and weaknesses, and to ensure that the prospects’ deficits are not in areas that are especially critical for company performance.  The fate of the enterprise depends upon it.

Ram Charan, Dennis Carey, and Michael Useem are co-authors of the book Boards That Lead: When to Take Charge, When to Partner, and When to Stay Out of the Way, (HBR Press 2014).

Talent and the New World of Hiring
An HBR Insight Center 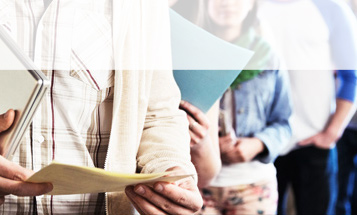