Who’s Running Your Business in China?

Nearly every prospective Chinese employee who I met with in the 1990s shot out the following sentence once — if not multiple times — during their job interviews:

Young people were extremely eager to work for multinationals, to be associated with famous brand names, and to learn from the best companies in the world.

Today, the “I will do my best” attitude still prevails. But Chinese employees have learned that the management skills and systems in multinationals in China come in many flavors, from the exceptional to the abysmal. So they are very demanding that their multinational employers also “do their best” and “be the best.” And that means providing world-class training, clear and lucrative career paths and, increasingly, a work-life balance that allows people to enjoy the fruits of their success.

I have lived in Beijing since 1990 and hired and managed many hundreds of Chinese people over the years. When I was running Dow Jones’ businesses in the 1990s, the predominant trait of Chinese staff was an insatiable hunger to learn, and an impatient drive to move up fast. In the 2000s, when I ran a research and consulting company and worked with a variety of advisory firms, Chinese employees retained those earlier traits, but were also quick to engage in job-hopping, as the red-hot China market’s demands outpaced the available professional talent.

Today, as chairman of APCO Worldwide’s China operations, I have a deep view into the China operations of dozens of multinationals, and through that I can see that management in China is going through yet another phase. The work ethic of Chinese employees is still fierce. Their ambitions remain formidable. But, like the Chinese economy itself, multinationals in China are in need of “rebalancing” their work force.

The days when Goldman Sachs and McKinsey threw piles of money at overseas-educated returnees are long gone. MBAs are a dime a dozen in China today, and people who invested $100,000 or more for graduate degrees are settling for annual salaries in the $30,000 range. So the truly talented in this group need to see that they have a future, or they will find one elsewhere. Multinationals also are littered with highly compensated employees who were promoted beyond their experience and skill levels during the boom years. One further complication: by increasing the number of annual college graduates from 2 million to 6.5 million between 2000 and 2010, China is churning out a workforce with an inconsistent quality of education and with white-collar expectations in an economy most in need of top technicians, skilled production workers and executives who can run global operations.

For multinationals in China, it is time to cultivate and cull. Companies need sophisticated and sustainable programs to identify their most talented employees, and they need to focus on training and retaining them. Grow-Your-Own is still the best way to instill the company culture and integrate China management into global operations. Hiring senior Chinese managers from other multinationals or state-enterprises often carries with it a “culture bomb” of dictatorial and secretive practices that still pervade the China management world.

Culling your management ranks should include expat and local managers. Top talent in China will run away from companies with muddled management systems and mediocre managers very quickly. Chinese employees can recognize in a nanosecond if they have joined a company in which top managers are discards from headquarters, or if those in the middle are uninspired bureaucrats clinging to titles they don’t deserve. They will shrewdly grab whatever money and titles they can — while professing undying loyalty — to prepare for their next company.

Top talent in China is in search of mentors. They want capable leaders who they can learn from, and whom they can truly trust to look out for them — both in their professional and personal lives, as the workplace in China is more often than not a person’s main social circle. Multinationals that send their sharpest managers to China, and keep them in China for a long time, will attract and retain the best Chinese talent. Multinationals willing to cull their ranks of mediocre middle managers and corporate political players and replace them with enlightened Chinese managers and mentors will have a stable work force that integrates well with global operations.

This all starts at the top. Determining who runs your China operations is the most important decision a CEO can make. A leader who possesses equal parts IQ and EQ, and a thorough understanding of your business, is a good start. A decisive person who is steeped in integrity, humility and humor is also helpful in order to work in the very unpredictable and challenging Chinese business environment.

China’s new leadership this month has unveiled an agenda of wide-ranging economic reforms that will undoubtedly present new opportunities as well as considerable uncertainty for multinationals as the detailed policies emerge and unshackled local competitors gain strength. Nimble companies with enlightened managers and unified management systems will have the best shot at success. 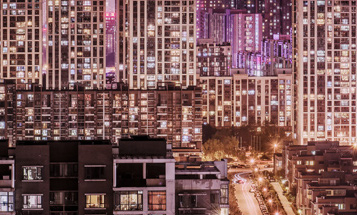